In captivity, food, water, and shelter are supplied, territory is delineated, social groupings are usually fairly stable and structured, the risks of predation is minimal (almost zero) and there is a severe lack in quality of characteristics that enhance captive living.

Captive living strips animals from their abilities to pursue conditions that help them thrive. We would like to think that captive habitats have made it possible for every animal to be a survivor but maybe they are causing more distress and weakness in the total animal.

The aim of Doglando’s Enrichment Center is to provide dog parents with a historical perspective of what dogs were bred to do, and their ability to form close “working / collaborative and mutually respectful” relationships with humans throughout evolution.

We do this by providing every dog in our care with a lifestyle that allows them to practice experiences that result in rich mental, emotional, physical, and intuitive growth.

Doglando’s Enrichment program is a framework that presents, and continuously evaluates, an enrichment initiative to all dogs at an individual level, not just a species level.

Doglando’s Canine Enrichment Model is based on best training practices validated by science and include the following elements:

Influence of the environment

We consider the environment to be the first teacher of behavior. Therefore, careful and intentional consideration has been placed into the creation of our nature-rich outdoor environments to ensure our dogs can and will do things that are normal to their biology and natural to their history. Our home-like indoor environment is created to influence the behavior in a way that translates their learning to your home. The combination of the two environments offers peace, harmony, and well-being.

As a cohort learning model, Doglando believes the success of every dog is limited by the joint commitment of you (the dog owner) and our team. Together, we are able to teach the dogs the skills he/she needs to be successful in our environment. Unlike daycare, our Canine Enrichment Model is created to protect the integrity of every dog, to enhance them in their own behavioral well-being LIFELONG.

It is our belief that dogs are highly intelligent, adaptive, and flexible learners, and that many dogs are “stuck” in their adult life because of the lack of nurture and nature they received as puppies. No matter the age, dogs should not be “thrown in” and made to “figure it out.” We describe Enrichment as a series of processes that are intentional and deliberate in helping dogs learn the outcomes we wish for them to have, as well as those outcomes they choose for themselves, which enrich their living experience throughout their entire lifetime.

Doglando is a systems-based operation. Every routine, ritual, and event has set goals, and are part of a plan that we carry out throughout the entire day. We are not an after-thought or a hobby, we are a working laboratory. Our entire team practices processes that are developed and continuously revised to provide rich, authentic, and powerful living experiences that bring meaning back into what it means to be a “companion dog”. To ensure the highest level of care, experience, and safety, we are steadfast in our beliefs and adhere strongly to our protocols.

The 8 Spheres of Enrichment

At the “DNA-level” of Doglando, every day our Play Professors facilitate experiences that incorporate each of the 8 Spheres of Enrichment, as we define them below. 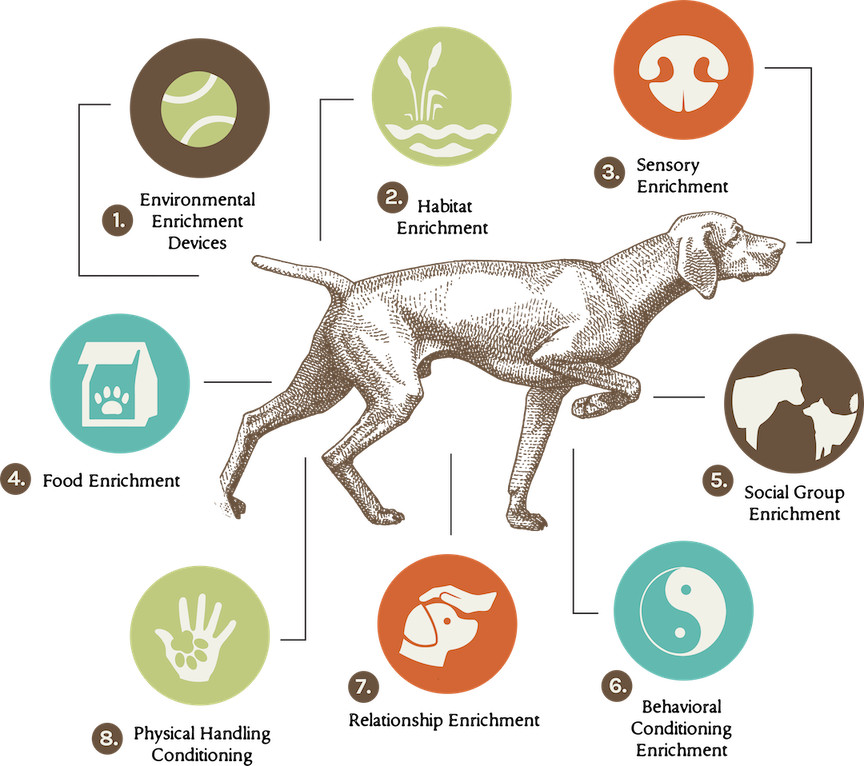 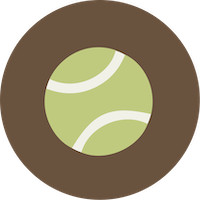 Devices are objects, like tools or toys, that can make an environment engaging, interesting, or practically useful. “EEDs” serve multiple purposes, and are designed to evoke positive, species-specific behaviors by letting that animal or human engage with the device in a way that is both natural to them and takes their unique senses into account. 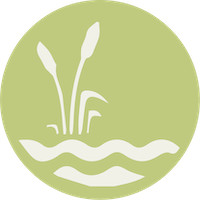 A habitat is any space, natural or designed, where a being lives, works, eat, sleeps, or plays. A rich habitat encompasses diverse sensory and bodily experiences, without becoming too chaotic. It helps meet the needs a being has and has intentional design elements to encourage positive behaviors. 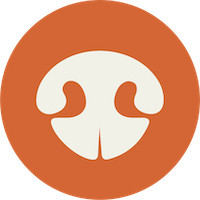 Everyone’s got 5 senses: sight, smell, hearing, touch, taste. Humans tend to over-focus on sight, but, the things we smell, hear, touch, and taste in our daily lives impact everything from our moods to our sleep patterns. This is why it’s so important to be mindful and intentional when enriching our environment with sensory experiences. 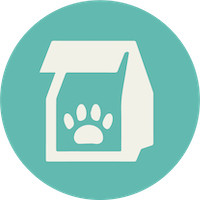 Food is important on a basic, keeping-a-being-alive level. Everyone needs calories, proteins, and nutrients to keep their heart pumping. But food is also important on an enriched, experiential level. Everyone’s individual dietary needs are different, and some can be serious, which is why it’s important to seek the advice of a doctor, nutritionist, or veterinarian to create a healthy diet. Yet, everyone can find joy in experiencing the flavors that speak to them. 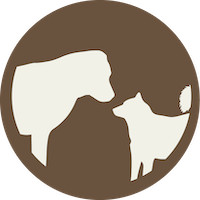 Social groups have different behavioral norms. Social group enrichment is intentionally cultivating a positive, trust-filled social experience, based on the known needs and behaviors of the kinds of beings in the group. 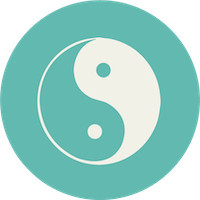 Behavioral conditioning uses a person or animal’s natural motivations – to seek what is rewarding to them and avoid what punishes them – to try to induce one behavior over another.

The way to make this ordinary behavioral conditioning truly enriching is to discover the ways that we are all individuals. What behaviors do we genuinely want to see? (as opposed to what others want from us). Who do we really want to be? 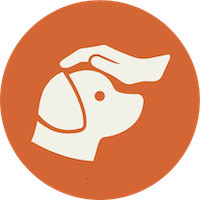 While social grouping is about how a person engages with an entire group, relationship enrichment is about two individuals and their personalities. The difference between a typical friendship and a profound, close friendship involves a strengthening of trust over time. 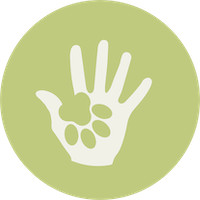 Enriching the way a person experiences touch can mean being honest with ourselves, and scientifically observant of other creatures, about what feels positive versus what feels stressful – even if those feelings are differnet from those in our culture, our family, or our species. Physical handling conditioning lets an animal acclimate to positive social touch over time.

HOW WE DEFINE ENRICHMENT

the action of improving or enhancing the quality or value of an experience.

en:  the width of a unit of measurement

ment:  expressing the means, or a result, of a species-typical behavior in a way that strengthens each individual dog in their behavioral well-being

Why Enrichment and Not Daycare?

to be in the company of great role models

people who love him/her as much as you do

a healthy outlet for play

a place to be safe

the company of other friendly dogs

home away from home

What Enrichment is NOT 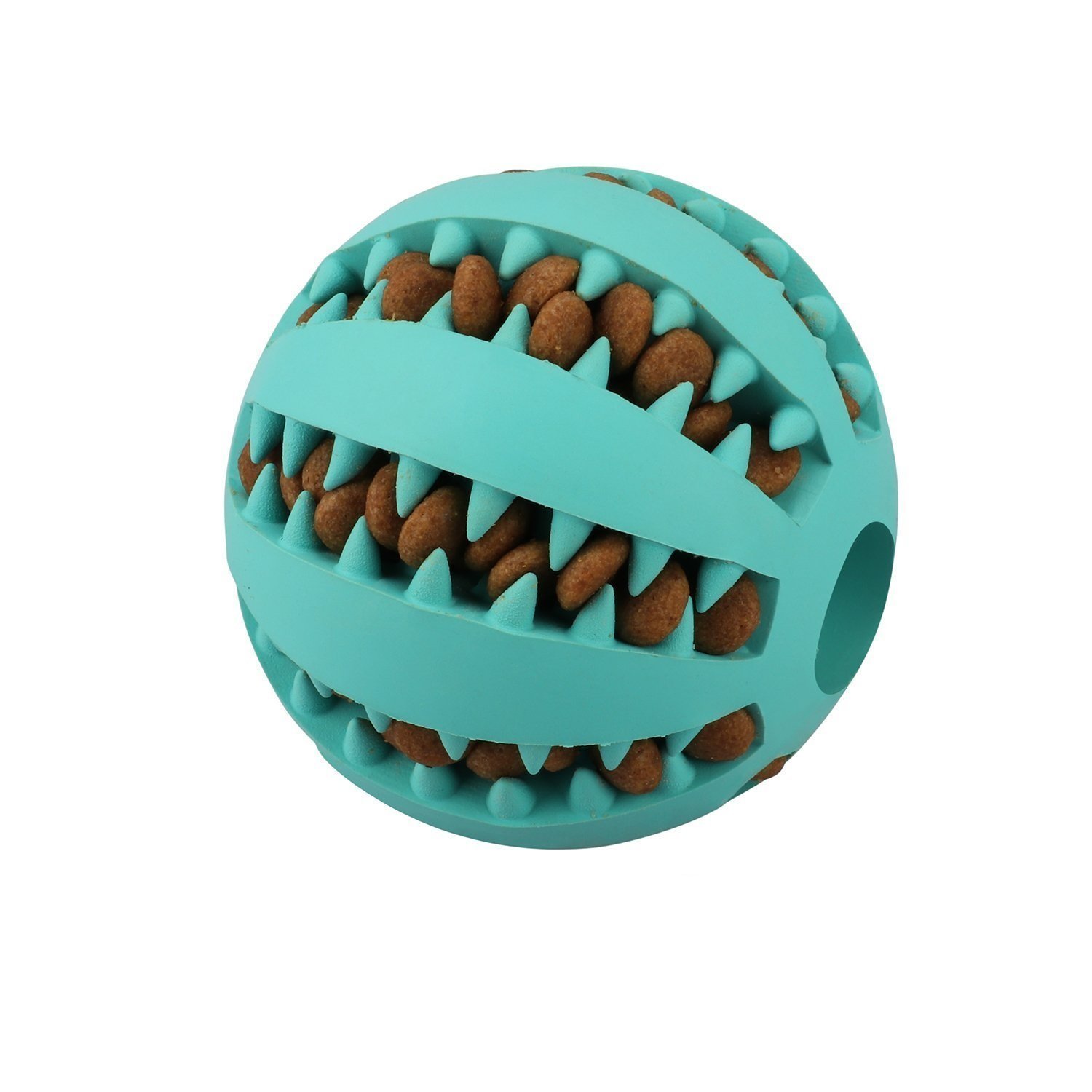 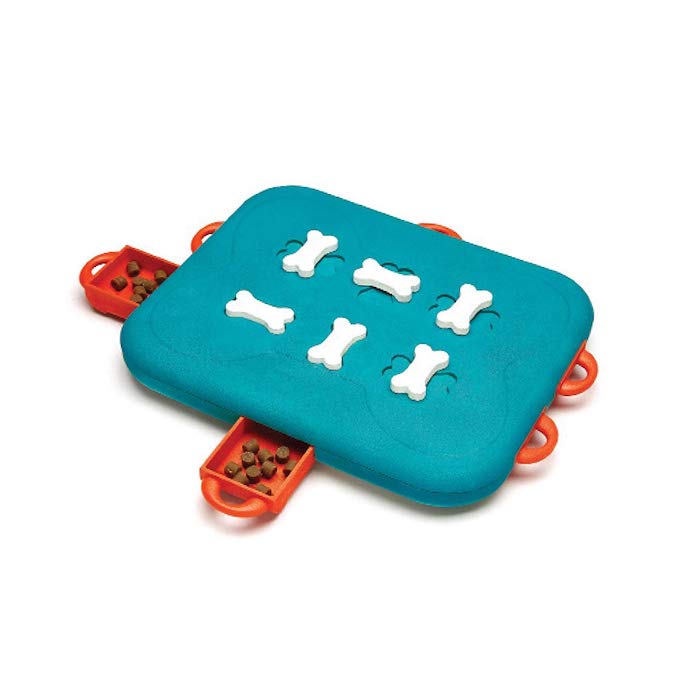 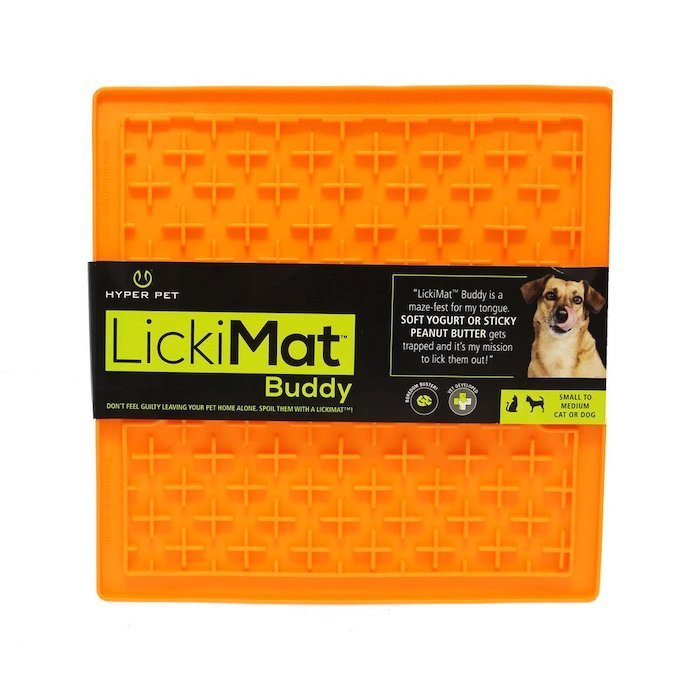 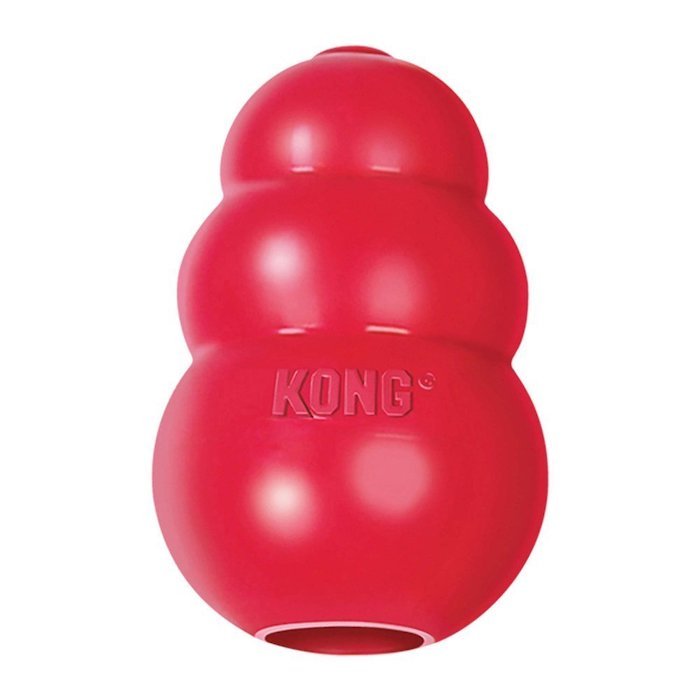 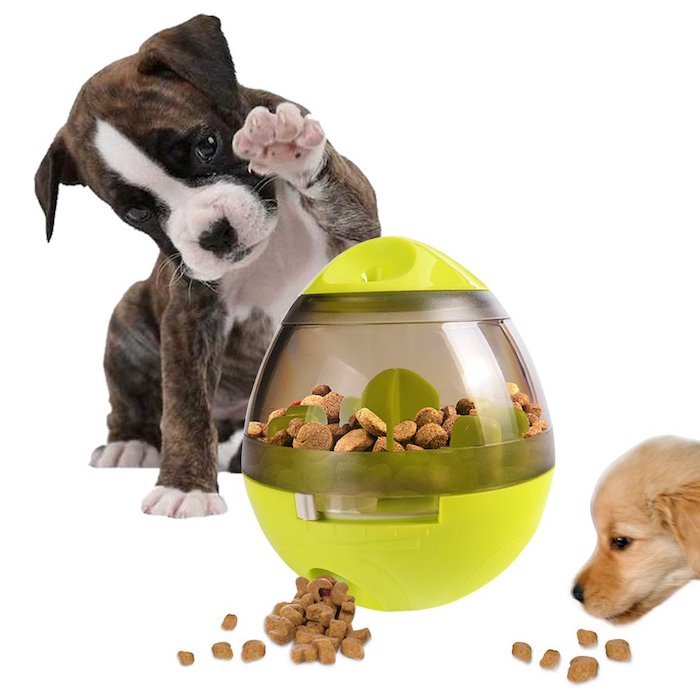 Animal advocates have been interested in providing enrichment to the animals in their care for many, many decades. Zoos and Aquariums have been using the term “enrichment” for many years in an attempt to describe the things they do, provide, add, and enhance, to captive living conditions of wild animals. Fundamentally, the purpose of providing enrichment is to achieve the first step in the humane treatment of all animals living in captivity in conditions that impose restrictions for them to behave in a way that is normal, wild, and natural.

While the term enrichment has existed in use to describe “higher-level care” offered to animals in Zoos and Aquariums, it has only gained popularity in the dog world in the last three years.

Domestication of animals (and plants) has served humans in more ways than we can clearly describe. Is this relationship mutually beneficial? How do we know with certainty?

We were the first to recognize that dogs too, need enrichment. We searched worldwide for a working model of canine enrichment to no avail, which led to the birth of Doglando – A Canine Enrichment Center and Working Laboratory For Dog Care Professionals.

Doglando was founded on the principles of honoring domestic, companion dogs (also known as domesticated restricted pet dogs) in some of the same ways people respect street dogs.

“The process of domestication modifies a species genetically through selective breeding and ultimately allows humans to have control over an animal’s behavior”.

At Doglando, our goal from Day One, has been to give our companion dogs access to the types of freedoms they would have without our:

Over the last nearly two decades, the creation of the concept “Canine Enrichment” has evolved into a framework that can be easily implemented by anyone, and its results are clearly observable and measurable, lessening ambiguity amongst providers, caregivers, curators, and trainers.

The impact enrichment has had on the learner, in our case the domesticated restricted companion dog, has been life-saving. Despite many attempts of behavior modification and training, our dog parents have experienced much relief and freedom for themselves as well, because of our whole dog approach, Doglando’s Canine Enrichment program offers.

Enrichment is not something you do for the dog. It’s an opportunity you create by giving your dog access to an environment that is carefully, thoughtfully, and strategically created to allow a dog to behave in the most species-normal way.

Free of judgment, reckless, and faulty interpretations of their behavior – which often results in control and diminishing environments – we have taken our field research of documenting street dogs and free-roaming dogs in developing countries over the last two decades, and applied it to create an environment that provides the fundamentals of living standards for dogs.

As a result, our Enrichment program has saved the lives of countless dogs by:

More than “ditching the bowl” and offering dogs a fun and more stimulating way to feed, our Whole Dog Approach functions in three essential ways:

Ready to join our family?

Tell us about your dog

and we'll recommend our best programs for you!